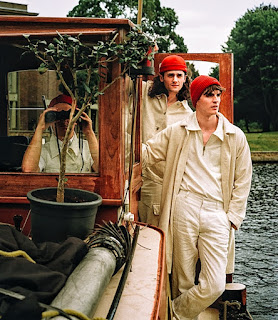 With ‘Don’t Make A Scene’, the Macclesfield trio have refined their self-produced indie-pop into a sun-soaked soundtrack to late summer.

“For me, ‘Don’t Make A Scene’ is about a feeling of pressure when it comes to choosing what you want to do with your life," says vocalist/guitarist Rob Ellis. "It’s about striving for your true passions whatever they are. If you’re happy doing what you’re doing, that should be the only thing that matters. And, if you want to push for something big, you shouldn’t be pulled down by the opinions of others. Basically, you do you...”

Check out the track via the video below, directed by Artur Althen and Lennart Heidtmann. It depicts a day in the life of three guys working on a boat, capturing the struggles and hardships of their routine but also their overriding friendship.