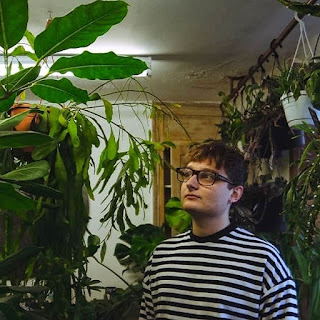 Coming after he dropped 'Wage Slave' back in June, 'Suddenly' is the second single off of Brighton-based Psychic Shakes' new EP 'Unsaid', out September 25 via Good Eye Records.

"'Suddenly' talks about the outsider mentality of not wanting to be part of a society obsessed with social media," explains Max McLellan, the main man of the Psychic Shakes moniker. "The way humans are now connected in an unnatural way is incredible, and there are many benefits to our newfound connectivity. But sharing, posting, and talking to people online is a weird liminal state that I don’t like being a part of, but in some ways it’s crucial to be part of the machine in order to stay relevant and in touch with people."

Leaving aside much of the jangle-surf rock of its predecessor, 'Suddenly' sees McLellan pull in some deliciously shimmering guitar tones, helmed by a more laid-back vocal approach on the dark-pop track.