Vistas are back with rousing new single 'Stranger' 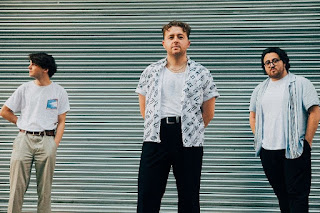 Vistas have returned with rousing new single 'Stranger', shared via the CL James directed video below.

The surprise release comes after the May drop of the Edinburgh trio's debut album 'Everything Changes in the End'.

The fuzzy guitar jam 'Stranger' builds upon the foundations laid down on the album, taking the band into soaring new territories with Prentice Robertson's vocals reaching to the rafters.

Next spring will see the band embark on their biggest UK headline tour to date (rescheduled from this autumn), including huge shows at London's Heaven and Glasgow's Barrowlands.