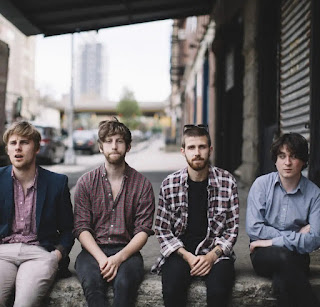 Girl Band have released a 14-track live album of the two sold out shows they played at Vicar Street in Dublin last November.

The record - which is streaming now in full - was also issued on vinyl for last weekend's Record Store Day.

Listen to 'Live at Vicar Street' below.