LA duo Loveless release the sweeping 'Someone Else' 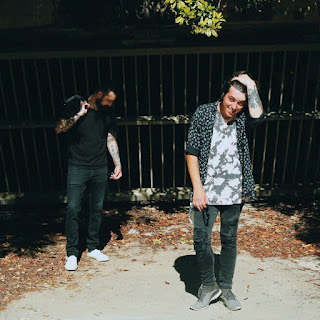 Released last week, Los Angeles-based duo Loveless have unveiled their widescreen new single, 'Someone Else', on which they have also brought in Sleeping With Sirens' vocalist Kellin Quinn.

"I initially wrote it about my high school crush," says vocalist Julian Comeau. "It kinda evolved into a song about any night where you’re stuck, staring at the ceiling going ‘why cant I think of anything else, can I please stop seeing that person’s face? Can I stop thinking about that time I said that stupid thing or made a fool of myself?’

"‘Someone Else’ is both you and the person you wish you couldn’t see, in a sense. Most our songs basically start about relationships and then turn into angst-filled songs about our anxieties taking over control."