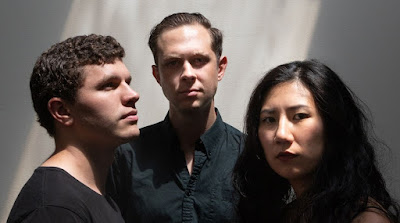 Wax Chattels' frontwoman and bassist Amanda Cheng has turned her hand to film as she directs the video to the NZ trio's latest single 'Cede'.

Heard back in the summer with 'No Ties', the new drop from the Auckland group precedes their second album 'Clot', out on September 25 via Captured Tracks / Flying Nun Records.

“I am angry. Saying “you don’t know who I am” in Taiwanese Hokkien is to say "you don’t get to tell me who I am'," explains Cheng. "You don’t just scream like this to put on an album - you scream like this because it’s the only thing you can do.

"This song is an affront to the near-silent cultural genocide that’s taking place - the censorship, the militant threats - and the international community’s insistence on practicing diplomacy with economics at the front of mind. If it takes a loud song that’s half in an unfamiliar language for people to ask, 'what’s that about?', then so be it.

"I set out to make a video that was unenjoyable to watch; unhinging a domestic, ‘safe’ setting. To contrast the blunt lyrics, the thematic statements in the video are more subtle - there’s a geopolitical narrative there, but you’ll miss it.”