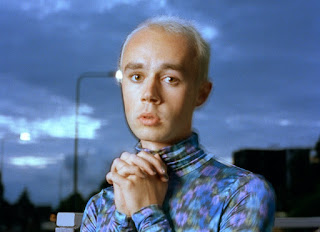 London based artist Vogues has released his second single called 'Tony & Moses', a soulful example of modern alt-pop dealing with the idea of losing someone.

Out now via Nothing Fancy, the track is written from the perspective of the one left behind, it succinctly captures the emotions of the character reckoning with loss, as his unique voice weaves elegantly around soothing strings, electronic drums and moving piano motifs.