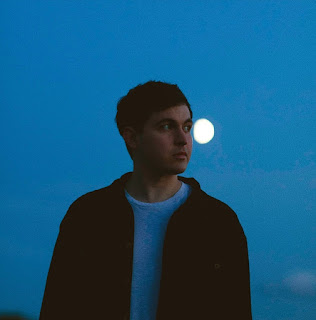 Hey, I’m Callum, I play lots of different things in the studio, but live and with the band I just play guitar and sing.
Give us a brief snapshot about yourself and what brought you to where you are today.

I’m from Newcastle, UK and have been properly releasing music for just over 3 years now, having spent most of my teenage years practising and improving my demos.

I would describe my sound as alternative folk, with lots of harmonies, big choruses, and at times quite dark sounding. I mainly like to write about social issues, but mental health is another recurring theme. Musical influences at the moment are probably Big Thief, Soccer Mommy, Sufjan Stevens and Arlo Parks.

I have a pretty similar process every time. Firstly I’ll be messing around on the acoustic until I come up with something interesting. I’ll generally work out the guitar and vocal part on the acoustic and record this on my mobile, humming a vocal line. The next step, I write lyrics, these are normally done over the course of a few days, popping down ideas sporadically. After this, I’ll make a proper demo on the computer and then take it into the studio to record properly.

'Sea Of Noise' was recorded at Blank Studios, Newcastle and produced by John Martindale. I ended up playing all the instruments on this, and since the percussion is quite sparse, we recorded this part by part: bass drum, snare and claps.

Probably at this time we won't be able to catch up with you at any live shows? but can you tell us what you may have pencilled in otherwise for the rest of the year?

From now until the end of the year I’ll be demoing, preparing a bigger body of work for next year and hopefully starting to go back into the studio. I haven’t been to a gig since March, but in Newcastle I’ve seen there be some wonderful socially distanced gigs, and I’m hoping to be confident enough to go to one before the end of the year and if restrictions are lifted slightly.

Aside from this new single, I have 14 other releases across all streaming sites. I’m hoping in future to have music in physical form but I can’t afford this just yet!