Pale Waves drop 'You Don’t Own Me', the latest track from their upcoming album 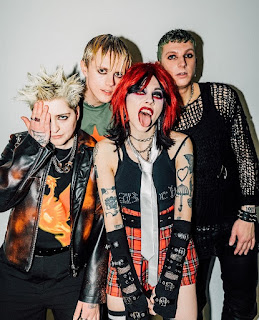 Pale Waves get another cheeky one out before their second album drops.

Premiered by Annie Mac on BBC Radio 1 as her hottest record, new single 'You Don’t Own Me' is one of the standouts from the forthcoming  'Who Am I?', out on February 12 via Dirty Hit.

"'You Don’t Own Me' is a song for women about what it’s like to be a woman in this world. How society depicts, judges and criticises women on a daily basis," says frontwoman Heather Baron-Gracie.

"This song is incredibly important to me and I wanted to represent my own experiences. I also wanted to say a f*ck you to everyone that plays by these fake delusional rules that women and gender need to fit inside a specific box."