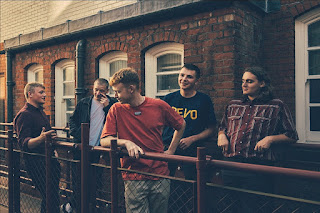 Home Counties have not stood still since arriving early last year, making an impressive debut with EP ‘Redevelopment’ in September, and now kicking off 2021 with new single 'Modern Yuppies'.

Premiered earlier this week by Matt Wilkinson on Apple Music 1, the self-produced track - we love that start! - sees the band move away from the indie guitar-laden sound of their debut EP, and instead embrace a more playful aptitude for synth-driven, post-funk hooks. It really is one that engages the ears and body.

“The song is a comparison between the young urban professionals of the 1980s to those of today," explains singer Will Harrison. "It discusses the differences, the way that arrogance and conservatism have made way for self-doubt and socially ‘liberal’ political positions. Ultimately however, they are both plagued by the same condition - of constantly needing more.”