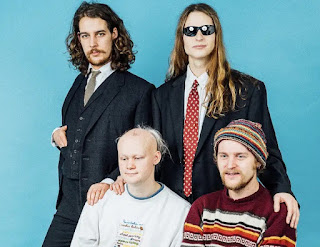 York alt-rockers Bull have announced their 13-track debut album ‘Discover Effortless Living’, to be released on March 26 through EMI Records.

They precede it with single cut, ‘Eugene’, out today.

Recorded by Remko Schouten at IJland Studios, Amsterdam, vocalist/guitarist  Tom says he wrote the track "when I was feeling dissatisfied with what I was doing. It’s kind of a self-hate song, you know when people talk about self-love? It’s not that. I’m slating myself; it moves through the key changes and different moods, and ends in a way that mocks the sadness, another form of self-deprecation!”