Track Of The Day :: Bandit - Peppermints Don’t Hide Everything 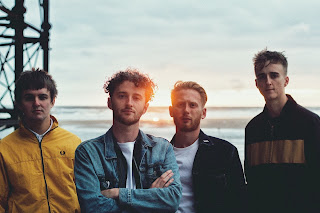 Out today (February 23) via SAM Records, is the fresh flavoured 'Peppermints Don’t Hide Everything’, the new single from Liverpool indie rockers Bandit.

Having racked up almost 300,000 streams on Spotify, over 220,000 views on TikTok, the four-piece have spent the last nine months strengthening their craft, ready for a return this year.

Exploring the honesty of romance when under the influence, 'Peppermints...' takes a look into their experiences of late-night mistakes, firing out with anthemic intensity, big guitars, hard-hitting drums and unapologetic lyrics and dominant choruses, a sub-three minute belter with Arctic Monkeys vibes.

“A vague aroma of peppermints may only disguise the truth of a cigarette flavoured kiss, but sometimes the heart wants what it wants - terrible decision or not," says frontman Nat Waters.

Expanding on the attitude slithering through on debut single ‘Waster’, their latest cut thrives upon the use of Waters’ turn of phrases, notably “Just like modern time lovers Bonnie and Clyde, let’s hold the world ransom tonight."