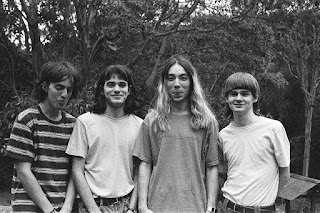 Sydney four-piece The Lazy Eyes drop their first new material of the year with new single ‘Where’s My Brain???’

Ahead of their second EP, the indie psych rockers go for a six-minute trippy excursion on this new release, out this week.

“We wrote ‘Where’s My Brain???’ in the developing years of the band, at a time when the setlist was lacking fast paced, energetic tracks," say the band. "We needed that one last song that the audience could mosh and get sweaty to! The song is loosely about losing your mind over something and wanting to have a tantrum, but really it’s just a jam.”