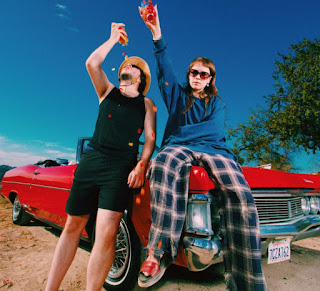 Quinn Barnitt and Jake Weinberg discourse on finding love on the new track - which comes from their debut EP ‘Have Safe Be Fun’ out shortly - but also doubles as a wake-up call for the warmer climes and freedom ahead.

“I wrote this song on the brink of a potential relationship that I was very uneasy about entering," explains Quinn. "In the song I just wanted to express how much I cared for that person but also how little I wanted to be restricted by committing to them. I know myself to be a very independent person so if I commit to someone I think it really has to be worth it.”