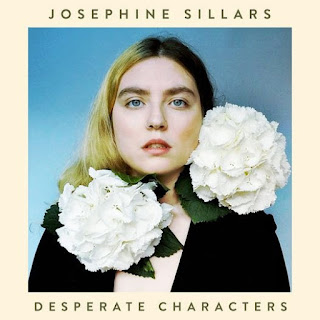 The EP is something of a time capsule from the last year in the UK with audio from Skype calls running through the heart of the six songs. Describing her music as protest pop, the conversations which Sillars carried out are a candid exploration of how Brexit, the numerous lockdowns and more have impacted people from all walks of life in different ways.

Whilst on the surface the songs are all quite serious and politically charged as you might expect given the themes, the backing music has a bit more legroom. At times ‘Desperate Characters’ is reminiscent of the reflective and thought-provoking moments from long lost pop culture American dramas like The OC and One Tree Hill with its atmospheric and heartfelt keys showcased on the track ‘California’ or its mazy eastern sounding guitars which dance in the moonlight of ‘Gone to War.’

If you’re on the hunt for an EP to distract you from the current climate, you may be best to leave this one on the passenger seat until COVID-19 is little more than a small speck on the horizon. However, if you’re searching for an EP to soundtrack the thoughts and insecurities bouncing back and forth in your head, this can help act as a bit of a release and it’s perhaps comforting to know that you’re not alone in your thoughts.