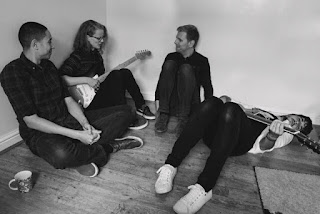 Welsh indie-pop quartet Kidsmoke are set to drop their third single of 2016, ‘See The World’. The self-released track, out on September 23, is the follow-up to the ethereal 'Heartache', their March release -which Little Indie premiered here - and ‘Cut Yourself Loose’.

We are pleased to also bring you the first hearing of this new track, from the Wrexham-based outfit, recorded at Orange Sound Studios in Penmaenmawr with Russ Hayes (Catfish and the Bottlemen) - and which is the first of two songs that will be released before the end of the year.

‘See The World’ is a neatly wrapped pop gem that exudes an uplifting quality, carried by a free-and-easy, foot-tapping melody and poignant vocals that is sure to playing in your memory after hearing.

Of the track, vocalist Lance Williams said: "Firstly, I have never, and probably never will, write a political song, it’s just not in me, but ’See The World' is probably the closest I’ll get. The lyrics are kind of a response to the comments that were being thrown around the time of the EU Referendum. You couldn’t escape it, whether it be on social media or everyday conversations. It was a time I realised how insular a lot of people are and it was hard not to be affected by it."

Kidsmoke are currently putting together some live shows to coincide with the release of ‘See The World’, beginning with a show at Chester Pride on October 1. Check the band's FACEBOOK for dates as they are added.