Track Of The Day :: DIVES - Shrimp 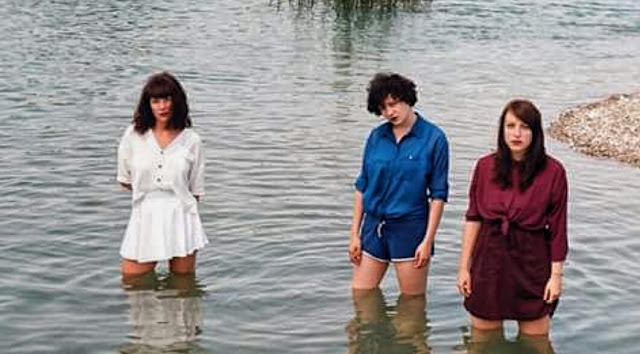 Music is a subjective thing and I personally struggle to hear much of the aforementioned on 'Shrimp' - their debut single and the first track from their upcoming self-titled first EP out on November 3 through Siluh Records - at least.

Still the Viennese grunge-psych three - Viktoria Kirner, Dora de Goederen, Tamara Leichtfried - do have an L.A. Witch mixed with Waxahatchee vocal (from Viktoria) side to them (no bad thing), and 'Shrimp' is a catchy number, that while a little annoying occasionally with some off-kilter chords, the infectious fuzzy guitars, foot-tapping beat and vocals generally make for something you'll want to play more than once. Make sure you do.