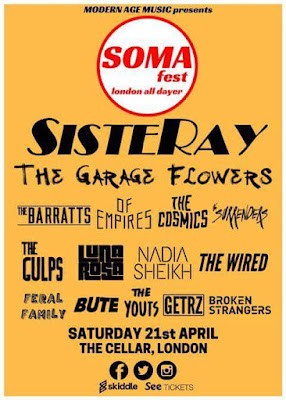 The Cellar @ The Finborough Arms, London


If holding an all-day festival in a 'cellar' sounds both a little claustrophobic and uncomfortable on a muggy April day, London's SomaFest event on the Chelsea border in The Finborough Arms' 120-capacity basement venue certainly brought a whole new meaning to up close and personal.

Promoters Modern Age Music showcased 15 acts throughout the day's proceedings, which despite the air con, saw the confined space heat up considerably by the time the evening's contingent of bands arrived on stage. 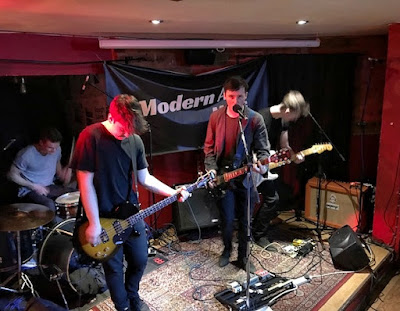 The Youts kick off this festival at lunchtime with some great sounds and get the fledgling audience moving. An energetic indie-punk-pop unit who put on a great set and start off the day with gusto. Up next are the four-piece Broken Strangers. With guitar riffs flying out the door, this is a bsnd far from 'broken' - even with their drum kit falling apart around there ears, they still smash their set with sings destined to appear on their debut album out later this year. 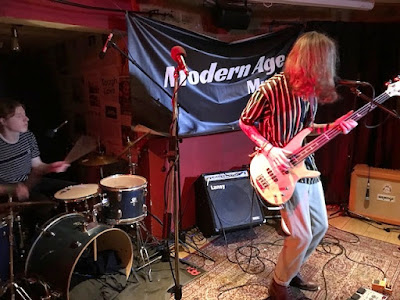 The Bute quartet from Cardiff provide some heavy rhythms that pull no punches. With abundant guitar melodies and beats, they look and play their part well and provide an enjoyable set. Feral Family too go in for solid beats, but not too much on the grunge attitude. Despite being down a band member today and acting as a one-day duo, they still whip up enough spunk to bring it all together for a nice overall set. 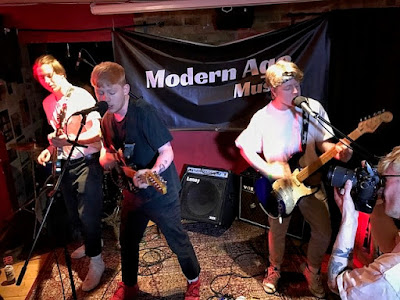 London-based Spanish indie rock chanteuse Nadia Sheikh brings laid-back shoegaze rock to its knees with a blistering set; heavy at times but filtered through are sharp vocals and great guitar work from band mate Lorenzo. The GETRZ four-piece from Swindon are synonymous with energy and their set really starts to bring the festival to life as the crowd engages in the festival spirit. Quite a raw edgy sound at times, but one that also encompasses some good riffs and vocal attitude via Josh Heather to make it memorable. 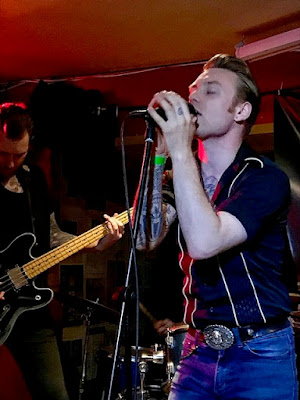 Luna Rosa are dark and broody, and perhaps a touch hard to fully appreciate in an afternoon slot, until towards the end of their set, with a slight shift upward in mood with rich melodies and bass to the fore. Brighton foursome Of Empires with relentless gigging have built up a healthy following with their unique blues-rock style, and with new material, they are now raising the roof around the UK. New single ‘Waist Up In Gold’ is a highlight from these strutting peacocks - mainly with frontman Jack Fletcher as chief cock. 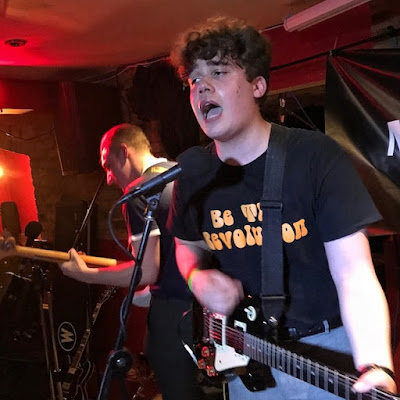 Sheffield's The Wired deliver on many fronts to the hard edged vocals to catchy rhythms, reminding me of something akin to the early material of The View. The synthy, pop-driven 'Stay Here' (from their recent ‘Dirty Knees’ EP) is particularly effective. A band to look for in the future, I think. When The Gulps take to the stage in the early evening they all looked like they belonged in a group and to be fair the alt-indie five-piece played well, lively and vociferous, but still didn’t really manage to get me into their zone. 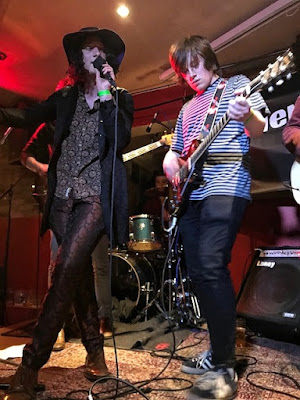 The Barratts' lead singer James Faulkner looks a lot like Jerry Sadowitz’s long lost son, snd the frontman of this Northampton band brings enigmatic charm to the stage, with fellow members each bringing their own musical uniqueness. Surprisingly perhaps, it all works, with strong riffs and engaging vocals. What surprises me about Birmingham band The Surrenders is the connection they have with their fans, providing loads of different influences from the bluesy jazz vocals of Connor Brooks to the indie rock guitars of Richard Jones - all contributing to a perfectly executed set. 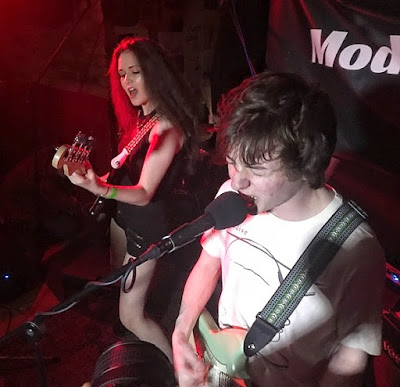 Midlands powerhouse The Cosmics have wowed audiences across the country for awhile now. Erin Curran is a great frontwoman in the guise of a sassy and bitchy vixen queen, while guitarist Danny Boyle’s mild unassuming persona explodes like an demonic alter ego onstage where you can see him hit some blistering chords and riffs with stage moves of a rock god. Loved it, bloody loved it! 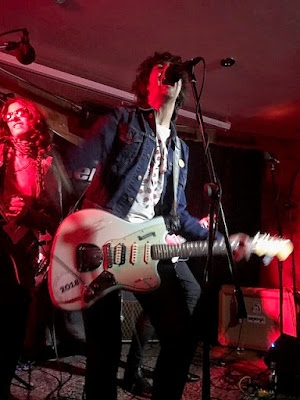 I hadn't expected to like The Garage Flowers as much as I did; somehow having gleaned the (erroneous) impression their rock decibel level would be the kind to shatter eardrums. In fact, what they actually pull out are a raft of richly textured indie rock songs, with lyrics and vocals bringing an almost soulful element into the mix. A captivating set as it ebbed and flowed through the genres.

Sisteray are the SomaFest headliners. This indie punk unit have been smashing the scene to pieces recently with their brand of musical mayhem. Stepping in for late pull-out Lucie Barât, and dropping personal commitments at the last minute to attend, shows dedication from this bunch of Londoners. 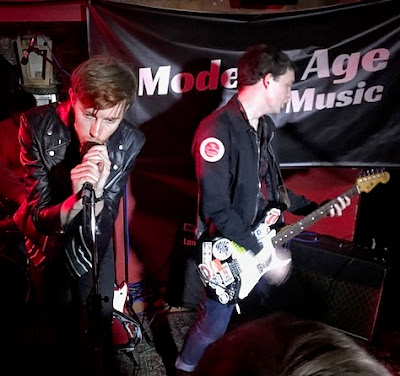 They bring out the heavy guns in this set with new material that sets the audience clamouring forward. The energy they give out as a band is electric and focussed - something you don’t often see, or at least, not as well delivered. The riffs are catchy and with loud thrashing guitars and those poor drums finally falling apart after an 11-hour barrage of dirty noise  it brings this festival to a close. What a day!