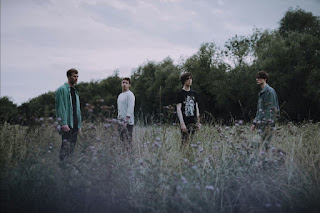 Premiered as Annie Mac's Hottest Record In The World on BBC Radio 1 last night (November 26), the track is lifted from their album 'Sanctuary', due out on January 31 2020.

The David J. East visuals for 'Heavenly Maybe' is the second of a two-part video zeries the band made in Berlin earlier this year.