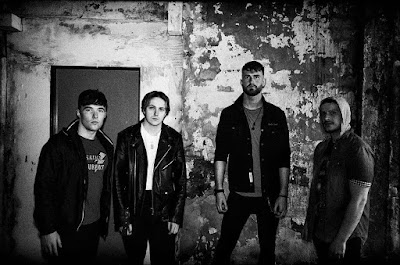 The Glasgow-based outfit have selected the anthemic rock number to announce themselves - and Little Indie to bring you the premiere here today.

From its opening seconds, Kamora - who only formed earlier this year - set out their stall with atmospheric richness. An abundance of striking hooks are augmented by expressive keys and chunky guitar segments, all held together neatly by a tight rhythm section and the brooding tones of Max Murphy, who keeps 'Wild Thing' upbeat and passionate - despite being lyrically themed around how difficult it can be to untangle yourself from a destructive relationship - traversing 4.23 minutes to a haunting finale.

"It was written with a close friend in mind," he reveals. "I had witnessed how harmful and negative his relationship was, and how, the longer it went on, the less able he seemed to be to remove himself from it. It’s about finding the courage to remove yourself from the things and people that don’t benefit you. It’s hard to think clearly in a toxic atmosphere.