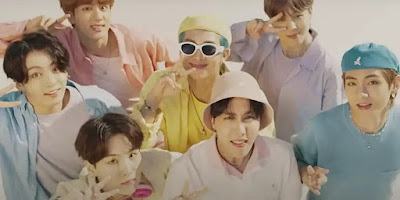 Figures also indicate they have broken the record for the most viewed music video premiere in YouTube history, attracting more than 3 million concurrent viewers when it launched, according to YouTube’s live counter, with some reports placing the number at over 4 million.

The video currently has had 35m views, four hours later.

'Dynamite' is the first track from the South Korean group to be sung in English.

BTS have also announced their forthcoming concert film Break The Silence: The Movie, will be released in September.