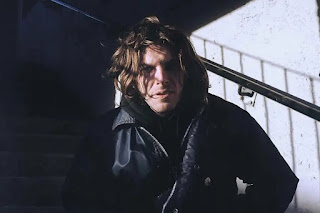 ‘Pink Dogs on the Green Grass’ is set for release on April 30. Ahead of that, he gives an early teaser with ‘Half Rich Loner’.

The track comes with his own self-directed and animated video, below.

“At the beginning of this video project, I had planned on filming some ideas with friends and collaborating on some stuff, but as Montreal’s lockdown continued throughout 2020, I knew I would have to figure out a way to get something together myself at home,” he says.

“I find the purpose of a music video is to enhance the song, so I didn’t want a story to take away from that. For 'Half Rich Loner' my only rule was that the character needed to be alone, and for the visuals to reflect the feeling of the music. Also I always visualize the drum part while listening to this song, so I was sure to animate some drums."