Coach Party share latest single, ‘Everybody Hates Me’, along with video 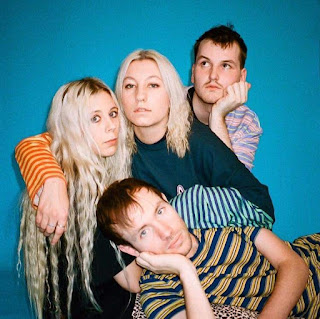 Coach Party have shared their latest single, along with a new video.

‘Everybody Hates Me’, out now via Chess Club Records, comes in advance of the band's forthcoming second EP, 'After Party', out on April 20.

Written last year, the album focusses  on themes of everyday life and was recorded, produced, and mixed by drummer Guy Page.

“Each song on the 'After Party' EP came quite naturally to us, many of them are about difficult people, whether that be work colleagues, family members, and even ourselves, like in ‘Everybody Hates Me’," explains frontwoman Jess Eastwood. "In other tracks we talk about whether we’d be okay on our own and dealing with self doubt and lack of trust - it’s self deprecating but in a positive therapeutic kind of way.”

Explaining the single and video, directed by Daniel Broadley, she adds: “‘Everybody Hates Me’ isn’t a metaphor for anything; it’s literally about those times when you convince yourself that everyone, including your best friends don’t actually like you, and your self-confidence is so low that you don’t even blame them. Disguise that sentiment in an up-beat singalong, and there you have the third single from our new record.

"The video is a direct extension of the song. It swings between the insecurities of feeling like you’re not good enough amongst your friends, and the sense of unity you get from those same people when you finally wake up from your rut. Everyone feels that way from time to time, but you gotta remember that sometimes your irrational self is going to take over. And when it does, try to remember that you’re awesome, and your friends really are your friends.”