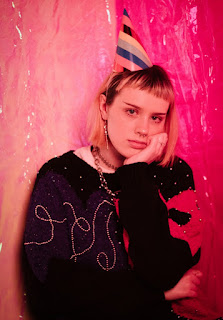 Directed by Christina Xing, Frances Forever has released the video for their charting viral ‘Space Girl’ (featuring Chloe Moriondo), which has racked up over 54 million streams globally.

The Massachusetts-based indie-pop singer's video features a spacey sweet non-binary love story with echoes of 80s John Hughes, beaming the song’s ode to an intergalactic crush back down to a terrestrial suburban world where two star-crossed teens kindle sparks in a shared love of the interplanetary.
Watch below.