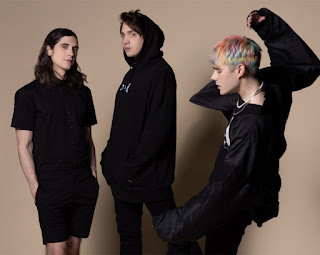 Texan pop rock trio Waterparks have released a newvideo for their single, ‘Numb’.

Taken from their fourth studio record ‘Greatest Hits’ - out on May 21 via 300 Entertainment - “‘Numb’," says frontman Awsten Knight, "is straight energy the whole time, and I wanted the video to reflect that.

"I personally wanted to be the fast-paced ‘thing’ happening in the video. Then by the outro, I wanted a complete energy shift and my role and the room’s role switch places and the chaos transfers from me to the outside environment. The song itself feels like it gets ripped open by the end. I wanted the outro to be the complete inverse to the rest of the video without just hitting control.”