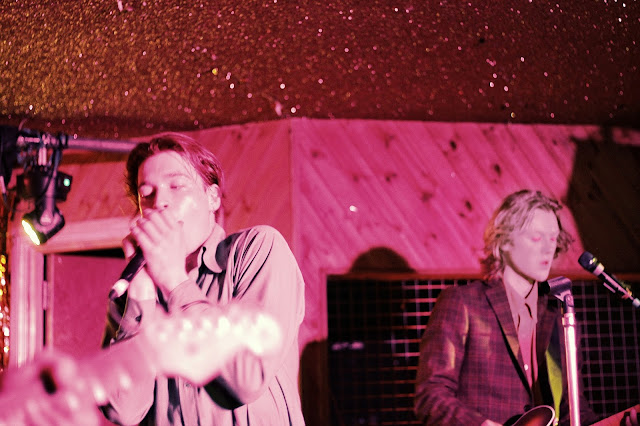 Brighton's White Room performed to a sold-out crowd last night at London’s Moth Club. Having climbed the rungs of the musical ladder, progressively and consistently, the band have won fans over with their compelling live performances and range of lysergic pop compositions.

With the room packed to the rafters, the psych five-piece took to the stage, setting the theme for the evening with the, happy, singalong track 'Tomorrow Always Knew'. Devoted fans at the front immediately sang back the chorus towards the stage: “So let this sunrise open your eyes / into tomorrow / seasons watching them change / as we rearrange the future to follow”. 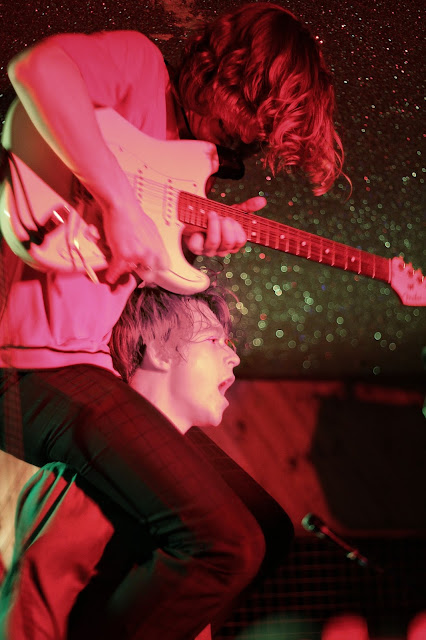 Jake Smallwood, the band's iconic frontman, energetic, charismatic; his voice reaching through the room, crystal clear. He engaged with the crowd, while he flailed around, waving the mic while shaking a tambourine, over soaring psych guitar riffs. His vocal range was outstanding during 'Circles' as he sang the lyrics “I can show you how to make sense of anything / Take my hand right now and we’ll drive into nothing / but everything”, as bass player Josie McNamara provided beautiful complementary harmonies throughout. 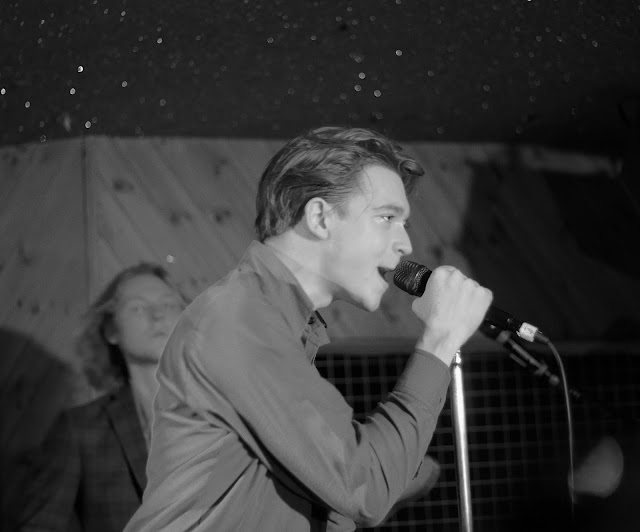 A somewhat ecstatic atmosphere ensued as the crowd danced and sang along to the songs. The band looked extremely proud and happy to be sharing and performing their music - many songs coming from last December's 'Eight' EP - and even included three new songs. Crowd pleasers were undoubtedly 'Tomorrow Always Knew', 'Circles', early breakthrough number 'Stole the I.V.', and 'The Blue'. During the latter set closer - their current single - Jake majestically elevated guitarist Tristan Sava up on his shoulders as the song drew to a close. As the happy crowd slowly departed the venue, concluding a successful first London headline show for White Room, you were left with the feeling that this was undoubtedly the first of many more to come.