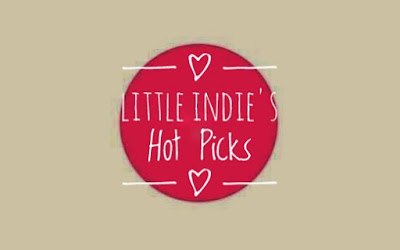 Ten of the latest hot picks that have been rockin the player at Little Indie HQ over the last weeks.

First single of 2018 for the American songstress, produced by Rostam Batmanglij and Rogers, following last year's debut EP, 'Now That The Light Is Fading'. The track starts off with a pulsing backbeat  but the electronica eventually melts into the background, consumed by Rogers’ gentle, folksy voice and a piano.


BLISSED - GIVE ME A REASON

Released last Friday (May 25) via LAB Records, the new single from the Edinburgh band showcases Prentice Robertson’s infectious vocals, and is a summery anthem with a catchy chorus, that follows last year's 'Retrospect'.

Released last week - ahead of album due later in year - the new single from the South West London duo who first came to our attention last autumn with debut 'Say You'll Love Me'. Kristy X once again exudes soul in her vocal delivery over Raph A's electronic beats. "It's about having enough of a bad situation and resolving to not accept it anymore. It also acknowledges the nagging doubts and insecurities that can come from this," they say of the track.

From Raleigh, North Carolina the six-piece follow 'If I'm A Ghost' from earlier this year, with a laid-back r&b-tinged groove that flows through vocal layering and some nicely crafted instrumentation. And a bit of sax never hurt anybody.

Montreal trio deliver a fiery punk explosion, helmed by the gravelled vocals of frontwoman Nora Kelly, who says the track is “meant to be an exploration into why everyone my age is seemingly depressed." Catch live tomorrow (May 29) at Northwich's Salty Dog for last date of current UK tour.

From their EP, 'The Movement Of Time', released May 25, the London/Kent-based duo folliw recent debut 'All Yours'. Built around striking synths, the likeable summer melody fuses warm guitar lines with an infectious vocal.

Out now from the Brighton/London four-piece, light summer indie calypso beats and synth bubbles harness a deeper lyrical meaning: "The song represents the feeling of trying to show someone that as a two, you are compatible, you work well together – but you fear they might be playing games.”

From his forthcoming debut album ‘Lighting Matches’, out July 6. "Gotta stand tall and aim higher" he sings here, which is more or less what he has done over the last 18 months, to propel him to being regarded as one of the most exciting new singer-songwriters around.