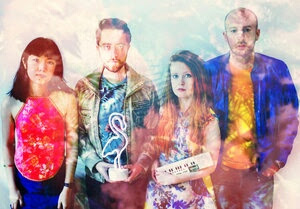 Along with the single, the Scottish "noisy electro dreampop" (though Lily's angel-like voice is far from 'noisy'!) outfit have shared the accompanying video. The song, inspired by the idea that cloning could one day make the world a better place, is represented in the futuristic visuals.

L-Space play the Razur Cuts V launch, a free entry show, at Behind The Wall in Falkirk on June 9 (w/ others), followed by Leith Depot, Edinburgh on June 21 (SAMH fundraiser).