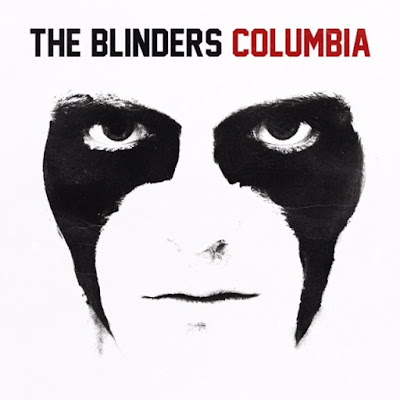 The Blinders, Doncaster-formed, now Manchester-based, are still relatively fresh-faced new kids on the block, with 2017 being the band’s breakthrough year on the live circuit with important releases ‘Swine’ and ‘Brave New Word’ at their disposal, and the juggernaut continuing onto this year with key festival shows, including Reading & Leeds and growing critical acclaim.

Onto their debut album ‘Columbia’, superbly produced by Gavin Monaghan. There’s no point dancing around this with big flowery metaphors: this album is nothing short of perfection, from a band that if they’re not careful could end up being the voice of their generation.

Fans of the band will already be familiar with ‘Gotta Get Through’, an ideal opener as it showcases the band’s strengths in sound and cohesion with Matty Neale’s drums, Charlie McGough’s bass and Thomas Haywood’s guitar and vocal work all playing a vital role in the overall feel of the track.

Whilst casual Sunday Times readers will likely check out from The Blinders experience after a mere 30-second clip on a streaming site and think the band on the surface appear a bit too angry, those free thinkers that persist will be rewarded with a fresh and exciting sounding album with its own signature throughout and a key message behind it all.

The underpinning message of the album is an ode to 1984 and being wary of the governments constant and ever growing surveillance. You can hear this referenced throughout ‘Columbia’, for instance on ‘Where No Man Comes’ there’s the line “You’re never gonna escape from that watching eye,” and in album highlight and live favourite ‘Brutus’ where “down with big brother” rings out as the song approaches the seven-minute mark.

Whilst large portions of the record are favouring distortion and lose-your-shit riffs - ‘Et Tu’, ‘I Can’t Breathe’, ‘Brave New World’ - hiding in the shadows there’s ‘Ballad of Winston Smith’,  an acoustic number you’d expect to hear round a camp fire at a medieval fair. Album closer ‘Orbit’ sees the band's debut bow out on a beautiful piano-based serenade - if serenades include a line about electric fridges. The final track is almost like a morning after the night before memoir or an out of body reflection on what has preceded it.

In the age of distraction, it’s hard to craft an album that grips you for a full 40 minutes and doesn’t have you reaching for the skip button, but ‘Columbia’ is a rare breed, as are The Blinders themselves. This is one to not only cherish, but to lose your voice and mind to in equal measures.