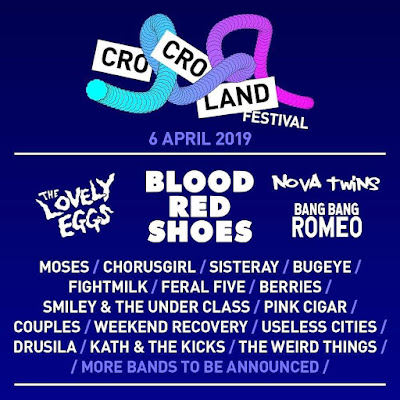 The freshly formed Cro Cro Land Festival is the brainchild of Bugeye’s Angela Martin and Croydonist media founder Julia Woollams. Set across three stages at The Lansdowne hotel, this new event has the makings of a special type of festival: unusual setting, great line-up, inclusive ethos - let the party commence!

First act on my list of the day is Bristol’s The Petties who lay down their hats with the indie punk scene. With about 70 watching, they grab the attention with ‘Skin’ and its dark, guitar riffs and raw, angsty vocal style bring a sense of wonderment to the crowd. New single ‘Feverish Smiles’, with its Joy Division-influenced guitar/bass notes and stoic lyrics, brings the perfect close to an energetic, visceral set. 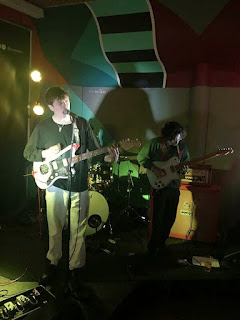 Heading on to the 700-capacity Town Square - which is tall as it is long: 50m sq - as I arrive I'm taken by Jemma Freeman and the Cosmic Something's set as the rock guitars glam up to ‘Someone Else to Blame’ with an smattering of people by the barriers tapping their toes to its beat. Jemma, who is dressed as the protagonist of V for Vendetta with a sense of non-binary identity going on, has the perfect voice for this room with its faint echo resounding; and along with their indie rock persona they perform upcoming single ‘Helen is a Reptile’ with fuzzy guitar riffs and strong drums that pick up and wow the crowd. 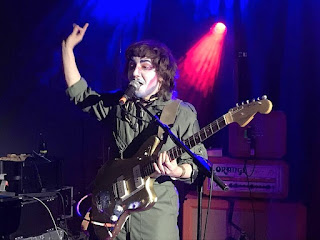 On the same stage come Drusila; not that Roman bird of something-AD, but the fast-rising Portsmouth band fronted by the charismatic George Robert, who with their mix of indie rock with 80s synthwave, bring an influx through the door as the set starts. George is the type of artist that likes to perform for the audience, moving around the whole stage with passion and flamboyance, which is enacted on one of two highlights, ‘Too Many Lies’, which has a backing track combined with drummer Hugh’s beats as George plays the crowd. The other special is the killer closer, ‘Disconnect’, a fast, guitar-driven tune with an off-kilter unnerving backing track with a passioned singer vaulting the barriers into the crowd playing his guitar on bended knee. Radio X's John Kennedy in the room watching intently, seemed quite taken by the whole spectacle. Back in the Concrete Playground room, Leeds-based indie rock trio Kath and the Kicks perform to a busy crowd. Opener ‘Neptune’ sets the pace and grabs the crowd by the scruff of the neck, propelling them to dance mode with its catchy rock beat. Singer Kath Edmonds' voice punches through and the basslines pound as latest single - premiered by the aforementioned John Kennedy a few weeks ago on his evening show - ‘Let It Out’ goes down a treat. 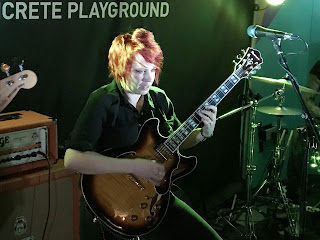 Tiger Mimic from London is in the larger Town Square with about 100 onlookers. It's difficult to pin down these alt-rockers to any one genre, with calypso-ish guitars sounding rock akin to the B52s - to the ears of this reviewer anyhow. With their debut EP, 'Elephant Skeleton' released in January, its ‘I Took Off My Body’ number, with its infectious melody and vocalist Jess’s voice bouncing through the crowd, shows a lot of what they're about. Latest single ‘Planting Bullets’ was entertaining in its lyrical prose - “One day I found them planting bullets in the dirt / Laughing what it would be worth” - and with a busy press pit going on, there seems to be a quiet buzz going on about this band. 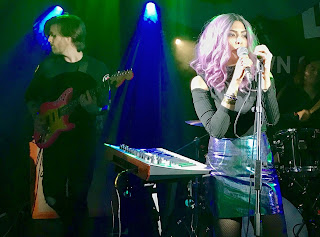 Still in the big room, Pink Cigar bring out the rock guns, showering the crowd with a plume of guitar energy and drums that shake the building's rafters. Vocalist Whiplash Jackson has a great voice and stage presence that you just couldn’t ever see him doing anything else but be a frontman. Soon to be released eponymously titled single ‘Pink Cigar’ gets the crowd going with some heavy riffs and melody while the crowd gets its rock groove on with some light headbanging as they start to feel the music. 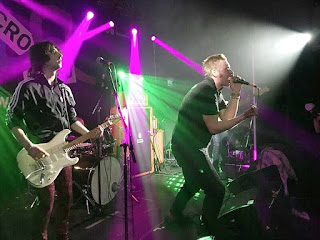 Brighton indie boys Fragile Creatures bring a slice of slightly comedic indie rock with Adam Kidd’s talent for finding the satire in the dark recesses of lyrical life and melding melodic, danceable songs arlind them. The crowd during opener ‘Into the Night’ were tapping their combined feet to its infectious rhythm and latest single ‘Can You’ was played with a slightly reworked sound that seemed welcomed by the crowd. 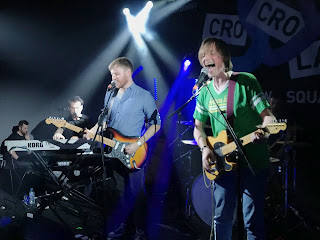 At the Concrete Playground, another Brighton act, the duo Arxx, have a knack for a catchy riff and meaningful lyrics. Both being former BIMM students they’ve passed with honours and have been consistently wowing audiences with some great live shows and today is no exception. ‘Intervention’ has an infectious melody with gritty lyrics and gets the packed crowd of 100 dancing, while ‘Tired of You’ takes a comical sideswipe at failed relationships - and leaves the room on no way tired of them. 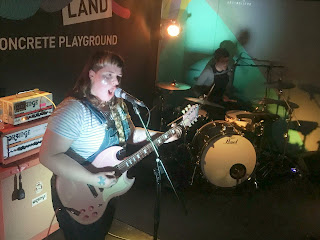 Back to the Town Square, London’s Berries taking time out from the studio recording their new EP to perform today. I have fond memories for this band as they were the recipients of my first proper review at Camden Rocks back in 2017, and they are still an exciting act to watch. The 400-strong audience watches them as they perform crowd pleaser ‘Siren’ with its upbeat drums and soaring guitars leading the way, before brand new song ‘White Lies’ gets the floor moving in time to its steady rhythm and looks like becoming another Berries favourite. 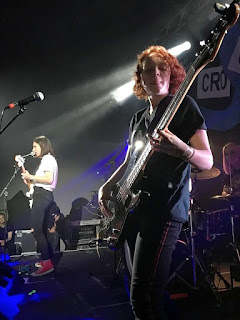 Camden five-piece Couples were a new name on me, but watching them play live in this smaller room was a revelation. The vocalist was enigmatic and they had a indie-psych, White Room-esque vibe going on. ‘Rip em Out’ has an edgy vocal delivery, and the singer moves like a cross between Brian Ferry and David Byrne. ‘Cat On A Hot Tin Roof’ has a catchy chorus that gets this dancing crowd singing along. 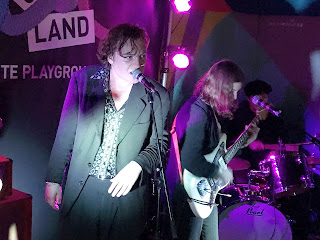 Electro post-punk duo Feral Five rock the room with a Heaven 17 styled6 ‘Desire’ with its synth backdrop and disco-punk panache. A slight technical hitch with the pedals occurs which shortens their mesmerising set, but new song ‘Truth’ which goes down well with an appreciative crowd. 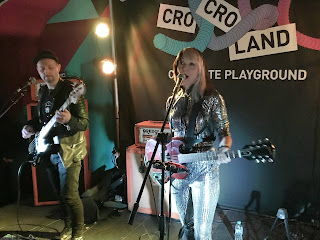