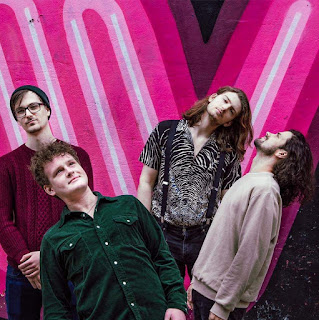 After the release of their Andy Hall-produced debut EP ‘Just Chemicals’ in the last half of 2019, The Valla are already preparing a new track 'Ice Cream' - out on May 6 - but for now, check out 'Lately', the record's lead track.

The indie-rock four-piece - variously from Melbourne (Australia), Suffolk (England), The Valleys (Wales) and Bamberg (Germany), but currently ensconced in London - have also been working on a project in self-isolation that sees them write and record a song, and shoot a video for it, one a day for ten days. Check out their Instagram and Facebook for the final results.