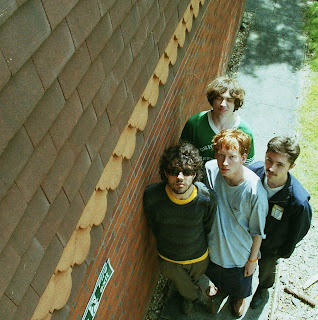 Heading up to the release of their forthcoming EP ‘A Wealth Of Information’, out on June 5 via Moshi Moshi Records, Sunderland's post-punks Roxy Girls precede it with a new single drop - ‘Dirtier’.

“Some things are better left unsaid to avoid the clean-up operation needed to right their wrongs. In this instance they weren’t left unsaid, so expression through song was obligatory - I thought the use of dirty in three different languages was good for emphasis..." say the four-piece.

"The music was written during the small hours in the basement of Pop Records Ltd, Sunderland and the words shortly before an Uber trip to a soul night in Leeds.”

Opening on drums and spiky guitar riffs, 'Dirtier' soon lives up to its name with serrated punk vocals delivering the hard-hitting lines.