Track Of The Day :: Liverpool's STONE make debut with 'Leave It Out' 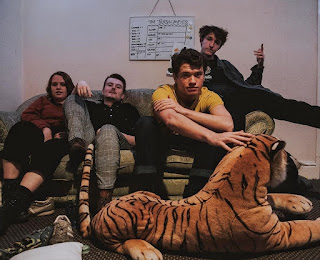 Making their recorded debut in the most inauspicious of times may have left Liverpool 'agit-new-wavers' STONE receiving a little less attention than they deserve for the recently released 'Leave It Out'.

The band's second single, 'Keep Running', is set to follow on May 1.