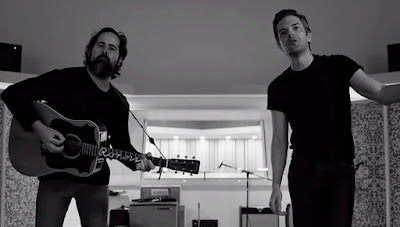 Appearing as the musical guests on CBS This Morning last Saturday (April 25), The Killers debuted a new song called 'Blowback' as part of their performance. The track comes from their new album 'Imploding the Mirage', out later in the year.