Guys, The 1975 have dropped the closing track from new album, 'Guys' 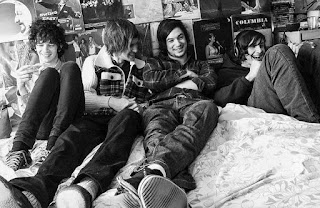 Having by now gone through a third of their upcoming fourth album 'Notes On A Conditional Form', out on May 22, The 1975 have now added another drop from it, this time the closing track.

The slowburning 'Guys', the closer track on the record, and which was first heard on their UK tour earlier this year, was aired earlier today (May 13) on Zane Lowe’s Beats 1 show, where Matty Healy described the song as “really quite earnest” and “real”.