It may still be May, but it's all about 'June' for Dublin's Soda Blonde 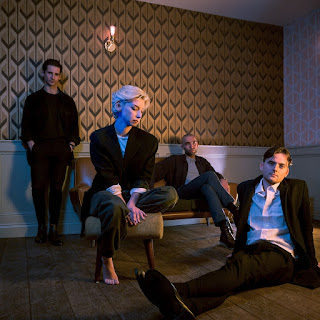 After dropping their debut EP, 'Terrible Hands', at the end of last year, Dublin’s alt-pop four, Soda Blonde, are back with the ‘isolation - content’ EP, a four-track collection, due for release on May 29.

Formed out of the late Little Green Cars, whose debut album (produced by Marcus Dravs) hit the Number One spot in Ireland, Faye O’Rourke, Adam O’Regan, Dylan Lynch, Donagh Seaver O’Leary’s new project sees them keeping busy whilst in lockdown, and as an EP pre-taster share ne of its tracks, 'June' - written, recorded, produced and mixed in isolation.

“The alchemy of this project is simple: after the initial sample is taken from me, it’s then sent off to the lab where Adam can dissect and analyse what the fuck is going on," Faye explains. "He makes a few suggestions about structure and then lays down the foundational ‘vibe’ for the track. It’s then sent off to the rhythm section for further critical analysis and expansion before making its way back to me to hear the first draft of the song. Not long into early stages of the project the brief abruptly changed. It shifted from the previous pursuit of sanity and time consumption into something immensely more important. Our usual work ethic of meticulousness and devotion to every detail was reinstated.“