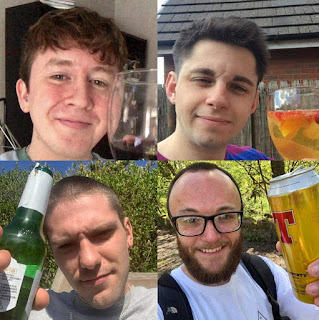 Released at the start of the month, the Glasgow quartet return with more of their energetic and acerbic punk rock with 'Sign of the Times', out now via 7 West Music.

Yet another carefully-crafted-in-the-production-chair offering from the ubiquitous Chris Marshall and Johnny Madden (do these two never sleep?), this fierce and feisty, scuzzy punk thrash - which Madden also found time to co-write with frontman Jack Wyles - the first of 2020 for the band, cuts to the heart of the social matter lyrically  - "A woman and her child push their way through an aisle / There’s a worry in her eye coz her card’s been declined" -

“In Glasgow right now especially, the numbers of food banks being used is just increasing constantly every year," says vocalist Wyles. “So that was in my mind writing most of this, but some of the lyrics about being in shops and empty shelves and everything, you’ll see, seem to feel very current and very like what we’re all going through now, it’s really weird. Don’t know quite how we’ve done that!”