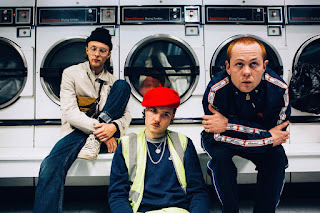 Taken from their upcoming EP 'Brainwash Machine Setting',out on June 26 via Purple Stains/ JägerMusik, it comes with a video directed and edited by filmmaker and photographer Luke Farley.

“What does a war and a web have in common? Who wants to be caught in one? Why ask? This song likes to tickle the Queen bee’s feet whilst sharing thoughts and observations about her beautiful hive and obedient colony. The Wicked War of the West tells 'slippery stories and… tales' of familiar and somewhat fictional concepts via a punk pop rock rock banger," is the band's comment.