Sports Team are 'Going Soft' with new single and video 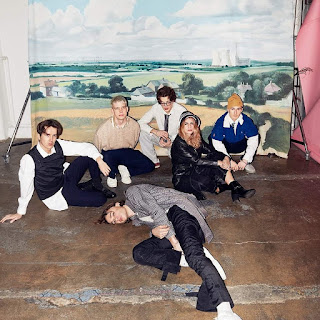 The video was filmed and edited by London-based videographer Cameron JL West.

“It’s a short history of the last two years really, ending with the last show before all this happened at our local, The Nags Head," says frontman Alex Rice. "Hopefully the whole thing is a reminder of how good live music can be, that if you’re a kid who should be going to their first show about now then live music isn’t an acoustic cover on IG Live, it’s something really special.”

Sports Team will be playing the Minecraft digital festival Block by Blockwest on May 16, with all proceeds from the festival going to the Coronavirus Emergency Respond Fund.