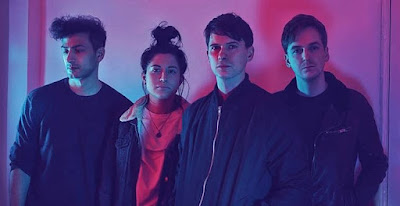 It's all synths-a-go-go for the London band Empathy Test as they drop the monster of a new synthwave single, 'Monsters', the title cut off their forthcoming third studio album, out May 22.

Written collectively by all four members - Isaac Howlett, Adam Relf, Christina Lopez, Oliver Marson - the track. described by the band as “an ode to anxiety”, ia one of their most addictive to date, drawing in dark analogue synths in a spiky electronic soundscape of thunderous percussion, pulsating beat, and lyrics which deal with the modern day curse of anxiety and loneliness, something which is perhaps even more insightful in these current times.