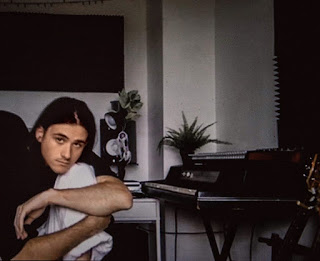 Australian artist Chris Lanzon may be something of a new name to those in the UK, but the 19-year-old Sydney-based songwriter and producer is rapidly building up a presence Down Under, and with the release last week of his debut EP, expect to be hearing a lot more of him.

Having only emerged with his slow-burning debut single 'Still' in January, followed with the five-minute-plus '72 Days' in March - both of which are included on 'Melancholy', his six-track, stripped back EP - he has amassed over 92k Instagram fans and more than 15k Twitter followers, largely due to his covers last year of Bruce Springsteen and Tame Impala, and before that making it to the grand finale of the 2014 season of The Voice Kids, and competing as a member of the trio In Stereo on The X Factor (Australia).

"'Melancholy' bookmarks a certain period and set of emotions in my life. The last couple of years have been a lot of learning and growing for me, and these songs tell some of those stories," he says of the new record. "The songs come from a vulnerable and personal place, but I think they’re ambiguous enough to be related to by people and their own experiences. That’s all I can hope people take away from it - just connecting and resonating with it."

Stream the EP in full below.