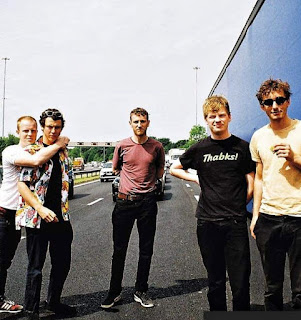 After unveiling new single 'Sludge' back in March, Squid no release a lyric video composed from fans' footage of their isolation experiences.

Working with visual artist Ali Amiri (who first uploaded a clip of isolation from Tehran) and Warp, the band asked fans to submit a 360º video of wherever they were locked down to make a music video.

“After looking through all the videos it was really interesting to see how spatially different everyone's situation is, but how they're all tied together through the same feeling of isolation," the band say. "Some videos were claustrophobic, others showed deserted cityscapes and some even featured other people but they all had a lingering feeling of loneliness and uncertainty."