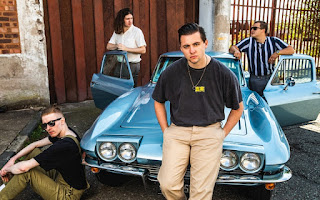 The four and a half minute debut single from Liverpool’s Honey Motel, 'Weekends' - out now - was recorded with Daniel Woodward at Whitewood Studios, and marks the start of a new venture for the Merseyside four-piece.

“It is written in a way that could mean anything to anyone," vocalist Matthew Walker says coyly. "The track is a love song on the exterior, about obsession and jealousy, but music is subjective, and we hope the listener takes the track and gives it their own meaning.”

With an opening array of guitar riffs building on frontman Walker's vocals and a steady bassline and synth-infused melodics, Honey Motel set out their indie-pop stall for the coming years.