Track Of The Day :: The Clockworks - Enough Is Never Enough 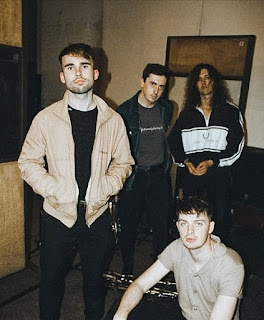 After the top money 'Can I Speak To A Manager?', you got the feeling Creation 23's Alan McGee knew a thing or two when he signed this Galway four-piece with their straight-up punk rock and distinctive and direct style.

Now London-based, The Clockworks returned last Friday to drop this little beauty on the great unwashed ears of the public after its being premiered by Annie Mac on BBC Radio 1 as the Hottest Record in the World.

Recorded during lockdown at Unity/Aquarium Studios, in Willesden, north-west London, 'Enough Is Never Enough' was produced and mixed by Michael Rendall, and like its predecessor strikes a chord in more ways than one; big and punchy and right in your face with its adroit lyricism and sharply observed commentary.

Frontman James McGregor’s utilises lines like “Romantic Ireland's dead and gone / It's with O' Leary on the plane / And everybody loves to bitch / Factions speak louder than herds" to maximum impact, as the song's narrative follows the lives of separate but interconnected individuals in society,from a bigoted Café owner to beleagured kitchen porters, dreaming buskers to down-and-out beggars.

“This was the last song we wrote in Ireland," explains McGregor. "I’d been working on the lyrics for ages. I like to write about the social or emotional by writing about a specific character or scene. I think focusing on the particular and the specific is the best way to get to the general and abstract… Musically, this song was all about getting the feeling right. We wanted it to be forceful and relentless but also for there to be enough space for melody and emotion.”

Tune in your ears through Oscar Ryan's video - and mark this band down on your radar.