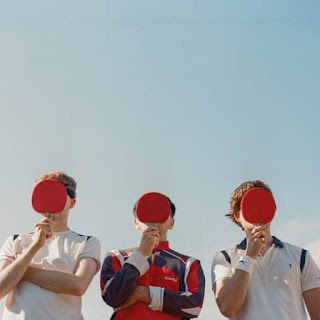 Portsmouth indie-surfers Dutch Criminal Record are back with addictive new single ‘00’s Nostalgia’, released via frtyfve ahead of their new EP planned for 2021.

“'00’s Nostalgia' is a desperate cry of sentimentality in the face of existential dread, it's something everyone has experienced at one point in their lives," says group member Joe Delaney-Stone.

"I wrote it in deep lockdown around late April when the novelty of being cooped up had well and truly worn off. It had been unreasonably hot for April and as I slowly cooked in my barely ventilated North London flat I was noodling on my guitar and the intro riff just appeared on my fingers. As I came to write the lyrics on an old memory on social media catapulted me back to my early teens when the existential threat of global events seemed like something that just happened in the news and not something that would ever affect me. I tried to reflect on that and the effect that comparing myself to others on social media during lockdown had on me and probably countless others.”