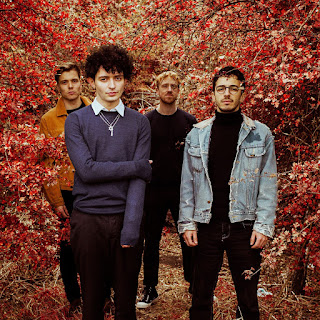 Sad Boys Club have just recently returned to deliver infectiously uplifting new single '25', which has this week been joined by the release of Jordan Logan's accompanying video.

'25' is start of a new era for the North London indie-pop four-piece, following summer single 'Know (part ii)' and second EP 'Four Shades of the Transitional Phase', which was released last autumn.

The four-minute, urgent '25' features the distinctive vocals of Jacob Wheldon impacting over gradually building instrumentation, soaring guitars, culminating in a sonic boom of trumpets; while lyrically, Wheldon sings of big dreams and being in love: “She talks about boys in other bands / But I don’t think she understands what she signed in my brain scan.”

The visual clip sees Wheldon slowly losing his mind in an empty living room, showcasing visuals that not only underpin the anxiety and cathartic release of the track, but also the loneliness and potential madness that people go through in the current lockdown.

Listen and watch below.