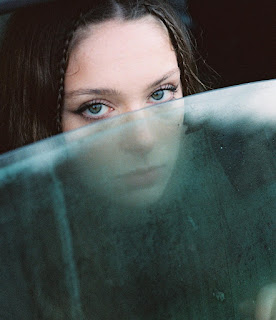 Holly Humberstone was the musical guest on The Late Late Show with James Corden last night (February 25) where she not only delivered a poignant performance of the title track from her debut EP, ‘Falling Asleep At The Wheel’, but also confirmed that she’s written a song with The 1975’s Matty Healy.

“I still can’t quite believe it that I even got the chance to work with Matty, which is so cool,” she said, talking uo Corden. “I think he’s got some crazy fans and they must have found the name of the song which is called ‘Please Don’t Leave Just Yet’ somewhere on the deep, dark web. It’s going to be a part of the next EP which should be coming out hopefully within the next few months."

Watch her performance of ‘Falling Asleep At The Wheel’ on the US show below.