Tigercub are back with a new track - and it's a 'Beauty'! 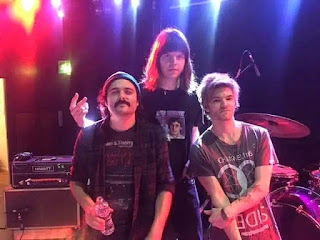 It's been a while, but now Brighton band Tigercub are back with a blasting new track ‘Beauty’.

Frontman Jamie Hall says of their first outing in three years, which was released last Friday: “Don’t say you think that you can feel it, because you don’t. Feels like my personality is just a series of instinctive reactions based on past experiences, I feel disconnected to everyone else, no matter how hard people try to empathise, it just feels like they will never understand.

‘Beauty’ is an attempt to journal that mental tug of war.”