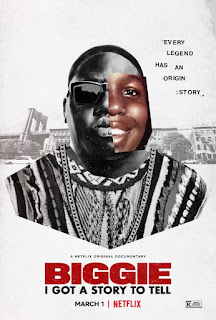 Biggie: I Got A Story to Tell, the upcoming Netflix Notorious B.I.G. documentary, is to be released on March 1.

The film was executive produced by Sean “Diddy Combs” and Biggie’s mother Violetta Wallace, and it will cover his early career.

Watch the trailer below.