Shader head for a 'Runaway' success 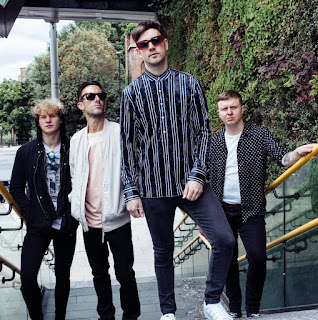 Shader make their return with the second of two offerings this year so far. Produced by Gavin Monaghan at Magic Garden Studio in Wolverhampton, 'Runaway' is out now digitally and on a 7″ clear vinyl through 42's Records, and has garnered over 4K online streams just within its first week of release.

The indie quartet are known for their melodic guitar riffs and Northern  groove which works absolutely fantastically with their inherently catchy arena-ready choruses. 'Runaway' sees them create a loud, fresh and raw track which is the perfect accompaniment to breakout from lockdown summer drives.

“'Runaway' is about the anxiety of everyday life, real vs. fake, the upsurge of talentless TV celebrity culture becoming a legitimate career move and the overwhelming desire to runaway to somewhere with some soul," expounds vocalist/guitarist Stu Whiston.

“It was written in a flat in Didsbury, Manchester and I was working at Blockbuster Video, spending all my spare time watching classic films (perks of the job), daytime TV and becoming obsessed with 80’s post-punk  band The Sound. The guitar intro and feel are my nod to the genius of Adrian Borland of The Sound.”

The song is a really easy and enjoyable listen geared to put a massive smile on your face. 'Runaway' does exactly what the band intended, as earworm groove will be stuck in your head for days.